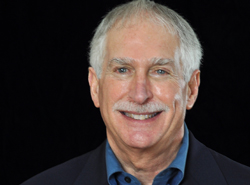 John is the creator of The Leadership 4 System and co-author of The Leader’s Window (Davies-Black, 2001). His consulting focuses on Leadership – Executive Coaching and 360˚ Feedback, Leader’s Window training and workshops,Communication Skills 4 Leaders training, and Leading Diverse Types of People workshops. John also facilitates Team Building sessions that help teams improve the way they work as they confront real-time problems. He also helps leaders transform their organizations with Organization Alignment Consulting and workshops, and Organizational Assessments. And he does Leader’s Window Training 4 Trainers for internal and external consultants.

Before starting Charter Oak, John spent ten years as a professor in the Business School at the University of Hartford and an independent consultant. At the University, he served as Director of the Master of Science in Organizational Behavior program, Chairman of the Management Department, and Dean of Graduate Studies.

John completed his Doctorate and Masters in Organization Development at the University of Massachusetts and his Bachelors in English at Dartmouth College. He’s a founder of the OD Network of Western New England, a past president of the organization, and a former member of its Executive Committee.

John’s personal interests include tennis, skiing, windsurfing, and complex puzzles. He enjoys good literature in the form of movies, plays, and books. Above all, he loves spending time with his wife, Elizabeth, and two children, Laura and Andrew.